Father's Day has a very interesting history embedded in it. The thought for creating a day for children to honor their fathers began in Spokane, Washington. The idea of having a Father's Day came to the mind of Sonora Smart while listening to a Mother's Day sermon in 1909. After the death of her mother, she along with her siblings was raised by her father, William Jackson Smart. Sonora wanted to tell her father how special he was and what role he played in her life. She wanted to honor her father's parental sacrifices that he made for his children. She wanted him to know what courageous, selfless and loving man he was. Since Sonora's father was born in June, she chose to hold the first Father's Day celebration in Spokane, Washington on the 19th of June in the year 1910.

The National Father's Day Committee was formed in New York City in 1926. A Joint Resolution of Congress recognized the Father's day in 1956 and in 1966; 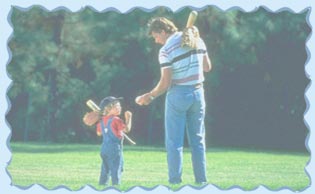 President Richard Nixon established a permanent national observance of Father's Day to be held on the third Sunday of June. Thus, Father's Day was born in memory and appreciation by a daughter who believed that her father and all other fathers should be honored with a special day just like mothers are honored on Mother's Day. It is a day to celebrate fatherhood and male parenting. Though it is celebrated n a variety of dates throughout the world, the commonality among all celebrations is the gift-giving, special dinners for fathers and family-oriented activities.

Father's Day Facts
A day to celebrate fatherhood and male parenting, Father's Day is observed on the third Sunday in the month of June in most countries around the world. The occasion gives an opportunity to express love and affection to all fathers and fatherly figures. The day helps in strengthening the father-child relationship all the more. Just like a mother is regarded as the sole nurturer of a child, the father helps in the development and emotional well being of the child. A father plays the role of a guide, supporter, motivator and protector in any child's life. With this article, we bring you some known facts about Father's Day. Read on further to know them.